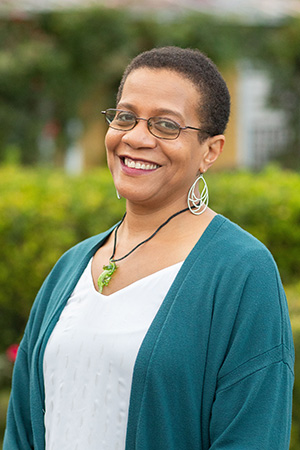 Anyone will tell you that you have two options when confronted with the vastness of a blank page. You can either run from it and all of its possibilities or you can embrace it as an invitation to start any which way you know how. Needless to say, Rachael Baker is an adamant supporter of the latter.

Growing up in the Midwest during the ’70s & ’80s as one of the few Black children in class, if not the only one in the entire school, Rachaell was no stranger to feeling out of place and out of touch with herself and her potential, describing herself during that time as “not being recognized as anything special.” If you were to ask her, she’d probably tell you that she did indeed have one special ability — attracting bullies with nothing else better to do than to mock her for the size of her glasses.

It wasn’t until junior high that she began to really discover herself through artwork. More specifically it wasn’t until she drew a shoe as an assignment for said art class that realized art could be used as a tool of self-expression, offering her the ability to simply “be” — uninterrupted by the agendas of others. “That shoe drawing,” she stated, “That was the first time I felt as an individual I had something that I could potentially contribute to others and have a positive effect on them.”

However, as life would have it, Rachael would find herself having to put down her beloved pencils, brushes, metallics, flowers, and even concrete in order to pick up the joy of raising her children and finishing school. In fact, it wasn’t until the untimely death of her father, her hero, that she would pick them back up again.

“I was thumbing through my pictures and found one of him — a memory of a fishing vacation the three of us took. I drew a picture of him wearing his glasses from a 5 x 7 and I kept drawing him until I was done. It took several months and I showed it to my family and friends and again I got that look, that wow! I knew at that time I had to keep doing this.”

And kept on she did.